With the Twelve Passion Gospels.

Time: 2:45 Grand total: 6:40
Congregation: 6 at the beginning, 8 in the middle, 2 at the end. Only Tertia was there all the time.
Crew: Altar: Fr R, poor man, his first 12 Passion Gospels service ever as a priest and he was on his own. We went through the service together beforehand which was a Very Good Thing: everything went right. Choir: me and Choirmistress and Regular Bass, not Occasional Bass like this morning and yesterday; he is so old now that he learns new things very slowly but he’s unshakeable on old familiar things. He left before the end of the service because he lives in Germany.

There was no acolyte to ring the bell after every gospel (Spouse, who would have done it, has been felled by a virus and is serving only when he really can’t be spared) and the bell can’t be moved from the altar because it’s fixed to a table, but we happened to have a bell which I hung from the choir lectern and rang as appropriate. 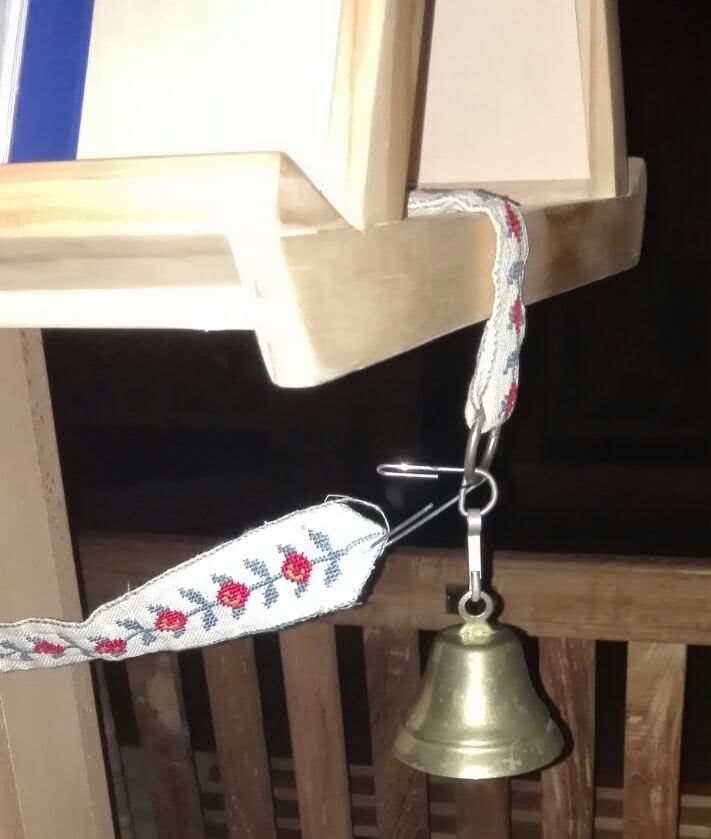 I’ve always been secretly envious of the person who got to ring the bell! It turned out to be quite hard to ring the correct number of strokes while also singing the after-the-Gospel verse. I may have got 11 wrong because the first stroke didn’t really sound, so I thought I’d done 12-ish and Tertia heard only 10. After 8 I ran out of verse to ring enough strokes in, but at that stage there was a reading after it almost every time which Choirmistress read while I was ringing the final strokes.

It’s really enlightening to hear the Gospels read in a different voice. The fourth, “If He were not an evildoer, we would not have delivered Him up to you.” Which still doesn’t say what the accusation actually is! Pilate rightly tries to get him off at least twice, “You take Him and crucify Him, for I find no fault in Him.” 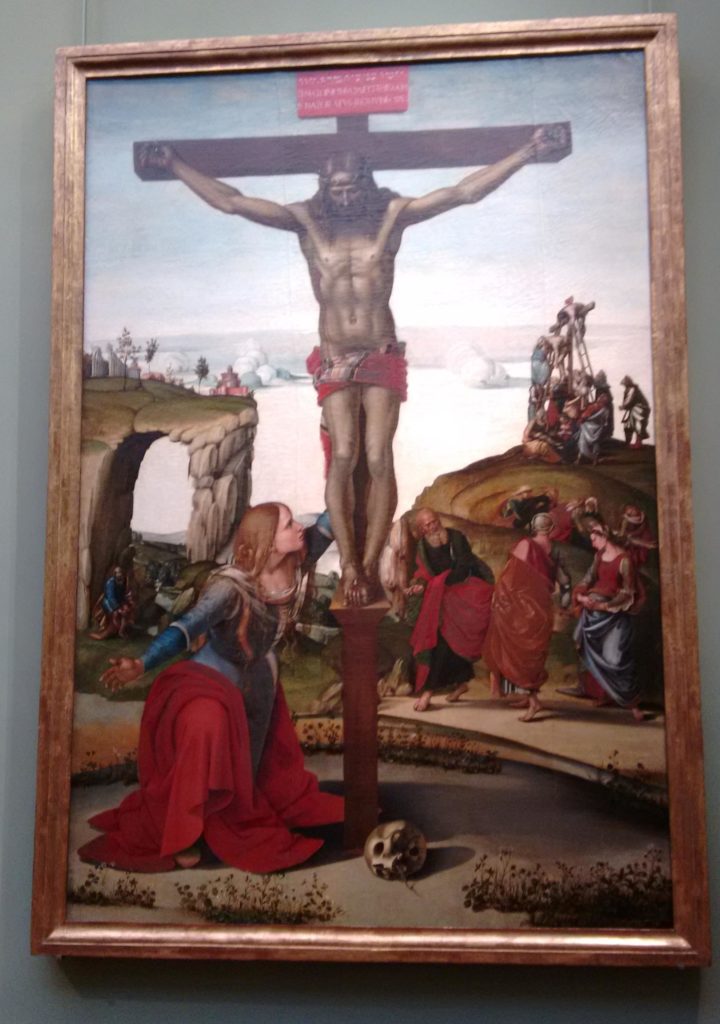 The Lauds are in the third tone, splendid to wail in, and indeed we wail in it, especially the thing where every part of Christ’s body suffers.