Every summer there’s a temporary floating art exposition in our town park. This year, even the birds think it’s a very good idea. 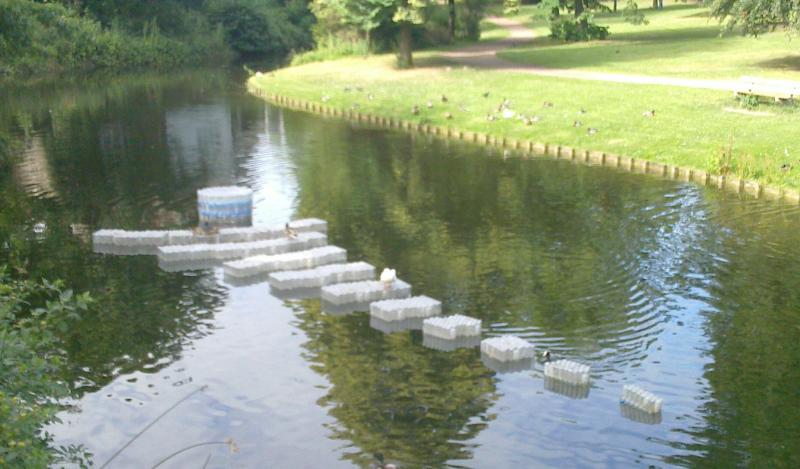 See that they don’t only use it to sit on, but a moorhen couple have even built a nest on it. The chicks will be safe– the artwork won’t be removed until October. 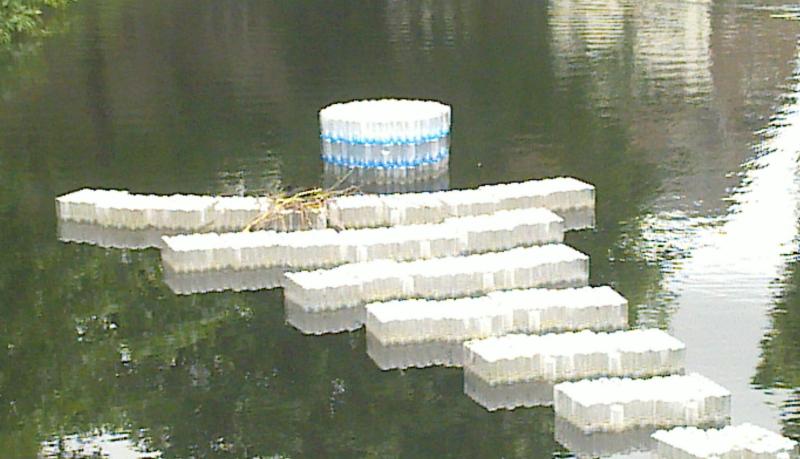 Here it is in closeup with Ma Moorhen (or possibly Pa Moorcock, they’re hard to tell apart, especially from a distance) sitting on the eggs.

There’s a companion piece on the other side of the bridge, also occupied: 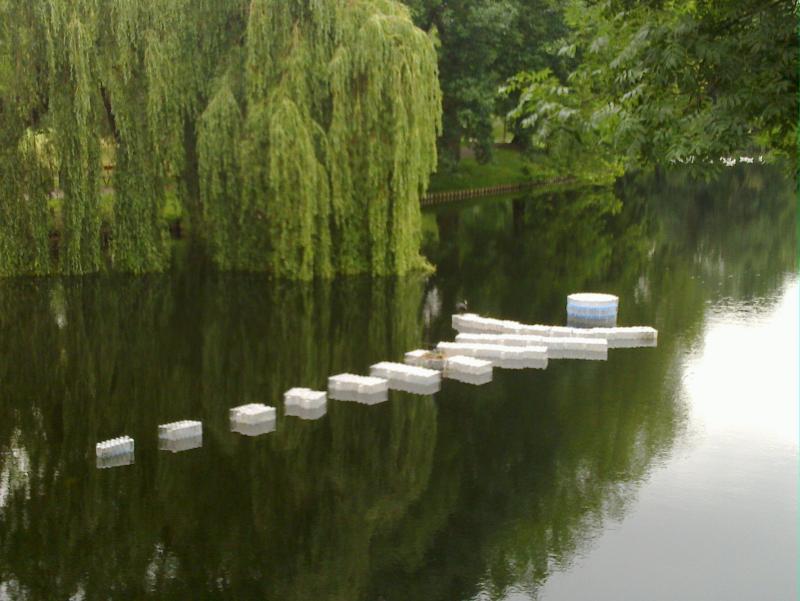 I wonder whether the artist, who said in the paper that the artwork “represents the shapes of natural elements near the water” (or something like that, don’t have the article, doing it from memory) anticipated this. If I were the artist I’d applaud it.

Note: I don’t think that every work of art should be useful, but I like it that there are some, and it’s splendid if they’re actually used. There’s also a Thing that I pass regularly that looks like it’s meant as art, but it’s next to a playground and children climb on it. Same case.