There’s a villa being converted into luxury service apartments that I pass several times a week, and the sign advertising the fact is starting to grate on me. It mentions “exclusive living”.

I see things being called exclusive to mean especially good or luxurious or delectable more and more. [1] What irks me is that calling something exclusive means, at least in my head, that you’re of necessity excluding all the people who don’t have the thing: I have this and you don’t, tee hee! I don’t begrudge rich old people their personal care and attention (though I still think that everybody should have good, or at least good enough, care and attention): I don’t personally feel excluded, and I’d probably feel uncomfortable living in such luxury anyway.

[1] Like the very cheap supermarket’s bus shelter advertising for “exclusive festive products” for Christmas. Which, that was the point, everybody could afford. How is that exclusive any more? 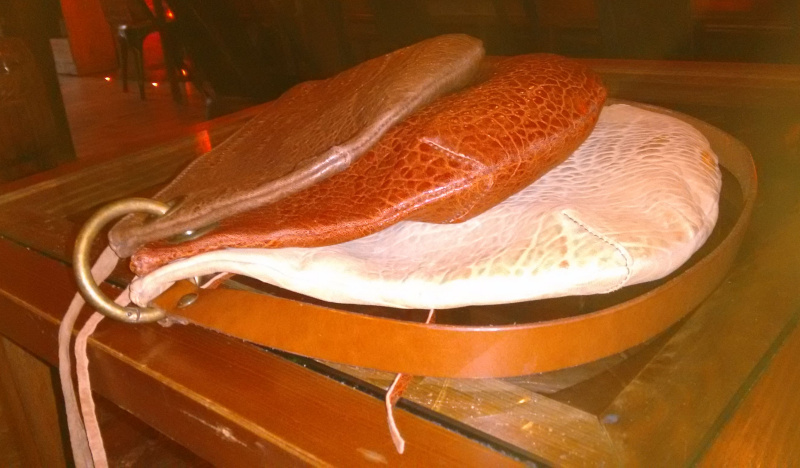 This is my handbag. It’s one of a kind, made by an independent artisan in Firenze. You might call it exclusive: because I’ve got this particular bag everybody else can only have different bags. Some bags are like mine — its little green sibling was even prettier, but not suited for packrat me — but none are the same.

[2] “This one is most popular” doesn’t work for me, especially not as an answer to “I’d like to buy a [whatever], these are my requirements.” Because it doesn’t answer the question. That lots of other people like the thing doesn’t predict whether I’ll like it too or tell me anything at all about whether it meets those requirements I just stated.