Yes, I really do have to write this before my brain lets me write any other post that isn’t the ongoing reading notes.

Strictly speaking we’re not in quarantine — we’re staying in. One of us (lately mostly me because Spouse had a sniffle and didn’t want to take the risk) ventures out to the supermarket every couple of days but it’s becoming more and more exhausting. Yesterday I bought enough to last until the milk runs out, probably Saturday or Sunday. We even have a liter of long-life milk in case we really don’t want to leave the house when the milk does run out.

It’s glorious spring weather but somehow it feels dangerous to go out at all, as if it’s tainted, radioactive or something. A while ago — I hardly know what day it is, there is no time — I contemplated cycling two miles to my favourite supermarket, but instead I just zipped to the usual nearby okayish supermarket to be back home as soon as possible.

On Monday I went to the bio supermarket, dreading to encounter the “viruses don’t exist, it’s all media hype” or “see, Mother Nature is setting the world right” mindset, but instead they had a sensible “please take a cart and wipe the handle with this wiping stuff we’re providing, keep your distance, don’t dawdle and don’t buy more than you need” sign. I bought the wine of the month which we liked a lot (that’s why I went there, to get some at the on-offer price before the month ended), a bottle of really nice milk, some emergency dried yeast in case panic shoppers again buy the ordinary supermarket’s whole stock of fresh, spelt flour and 80% wheat flour which made the flour container so full that I feel as if I’ve been stockpiling unfairly but I’d probably have bought that in ordinary times too because they’re both things I like and the other supermarket doesn’t have, and other things like that. And a wonderful little bar of soap, guest soap size, smelling of spices (there’s ginger and black pepper in it) instead of flowery-sweet, and oily enough that I don’t have to rub my hands with hand cream all the time.

We’re fortunate that we haven’t had to change our lifestyle radically — Spouse already works on Krita from home and manages a completely remote team from home, and I already do writing and volunteer work at the dining table. We’re used to being around each other a lot, it’s not like we’re suddenly together all day every day and get on each other’s nerves. The world gets on our joint nerves, that’s all. I miss swimming. I even miss the social interaction while swimming which was sometimes nice, sometimes a burden when it happened. Both of us miss nipping out to a shop to get one little thing we forgot or suddenly need because we’re cooking something unplanned. We miss going to museums, taking a city trip on short notice just because we can and want to. We’re going to miss the Lamb of God exhibition in Ghent that we managed to get some of the last timeslot tickets for.

I miss church, and choir, and the volunteer work I’d otherwise be doing for the church and the choir. It turns out that I really need to be part of the community, or perhaps of the structure, to do something with my faith. I haven’t actually lost my faith, but I don’t cope well with not having a framework to express it in: not only singing in the services but also baking prosphora, making reader notes, working on the church webpage, posting notices on Twitter is the way I pray. Martha rather than Mary, though I don’t judge people for being Mary (on the contrary, I feel like I should pray more and read spiritual literature and follow other churches’ livestreams because ours isn’t large enough to have one, but I can’t bring myself to do it, it feels wrong). We stopped observing Lent when the church stopped having services, because that took energy we don’t have — it’s the services we get energy from in Lent — and I think that’s the cause I’m not reading uplifting books either: lack of brainspace. I’m sure Christ will rise without us being there to tell each other, and I’ll definitely put the yearly “Christ is risen” notice on Twitter, but it’s all very strange indeed.

I miss being able to write. I got hold of a cover artist for A Voice from the North, thinking that would be an incentive to finish it already, but I can’t even look at the text without disgust now. And I’m stuck about 1000 words into the space meerkat story which I think wants to be 3000-3500. Why is this thing that I have no power over and doesn’t even impact me much personally (except restricting my movements) taking up so much of my mental CPU? It’s not as if I had much of an in-the-flesh social life before, except church. — Oh right, it’s because I have no power over it. 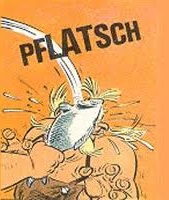 (Now a voice that might be the Infernal Editor or one of its cousins is telling me “what are you whining about, there are so many people who have it worse”; I bop it on the head with a virtual fish.)

I had an argument with a choirmate years ago, who said (because I was music-geeking with another choirmate) “How can you find that so important while the world is burning?” Someone wiser than that person, and much wiser than me, once told me to stretch out my arms and know that this is my reach and all I can do is to make that as good as it can be, I don’t need to fix the whole world, only try my best for the little piece of world that’s mine to fix. (And if I can’t, I can’t; there’s no penalty for being unable to do everything or something or even anything at all.) The world needn’t be all bleak and utilitarian: having fun keeps us human. But I still feel bad for not feeling worse than I do, and then I feel bad for feeling bad for that. I don’t think it’s grief as such (as some people have written), but it’s definitely cognitive dissonance.

I’m not bored. I’m just getting nothing done, and trying not to feel guilty for playing games and reading silly stories when I could (should!) be writing stories! helping others! getting things done! CLEANING THE HOUSE! Good grief, I’m glad I can still cook, and do dishes when necessary, and go to the supermarket every couple of days even if that wipes me out for at least an hour after I get home. I don’t know whether to be envious of people who suddenly do get a lot of things done, and have started baking (and buying all the flour and yeast from under the nose of the already-habitual-bakers), and make livestreams so other people won’t have to miss all of church, and have wonderfully clean houses and tidy gardens now. Perhaps their cognitive dissonance is as bad as mine and they’ve just found a different way to cope.

The church we can see the tower of from our windows, and other churches in town, and I think other churches in the country, are ringing their bells each Wednesday evening. It was disconcerting the first time around even though we read about it in the news, because ringing bells when there’s no service means ALARM!!! in my mind, and it’s annoying now because I expect it but I parse it as saying THERE’S A PLAGUE! rather than the comforting “we’re still here and we’re all in this together” message they’re intending to give.

We’re reading Anna Karenina this afternoon, on Skype. And then we’ll perhaps eat something we haven’t cooked ourselves, because some of our favourite restaurants are doing delivery now.