Earlier instalments in this saga: Consider the human back and Back update.

After two months of physiotherapy the physiotherapist and I agreed that there wasn’t much more she could do for me. All the pain and most of the stiffness are gone, I have a good arsenal of exercises (and a gym ball! love my gym ball!) and I’m 100% fit for swimming and about 80% fit for cycling. But the outside of my left foot, the heel, part of the calf and a strange spot on the thigh that I didn’t discover until today are still numbish, like pins and needles just failing to manifest or a thick coating of rubber, and weakish. Also, when I ask too much of my body, or make clumsy movements, I can still feel the sore spot slightly to the left of my spine where the slipped disc actually is. (Or rather, was; explanation below.)

I feel it all the time, twenty-four hours a day, relentlessly, distracting me from everything else. I can’t turn it off for one moment, and when I sleep it tends to wake me up several times a night. Lying down is uncomfortable, standing up isn’t comfortable for long, cycling is fairly comfortable, swimming is heavenly but I can’t very well keep it up for more than about 40-50 minutes at a time, sitting on a hard chair is bearable especially if I alternate between my two hard chairs with different heights and angles, walking becomes uncomfortable very quickly. 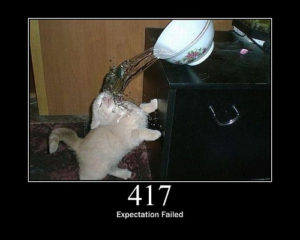 It’s not pain as such– everybody seems to expect pain, and in some cases even to insist on it, like my swimming buddy who said that it can’t be a slipped disc because a slipped disc hurts. (Which made me worry a little, because she’s just had surgery for a tumor in her back, but I can trace the cause of my own condition very precisely.) On a scale of 0 to 10: pain 1, non-pain physical discomfort 7, mental CPU load 8, general fed-up-with-it-ness 12.

The physiotherapist sent me back to the GP, the GP sort of grudgingly sent me to the neurologist. I asked whether he could recommend one, but he said it was likely to be so simple that I wouldn’t need a specialised one so I could just take the first available slot. This was almost two weeks ago, and the first available slot was today.

The neurologist’s puppy intern –shockingly young, looked about nineteen, slight and sandy-haired like a Velain boy–  asked the same questions that the physiotherapist and the GP had already asked, though with a little more focus, which helped. He watched me walk on whole feet and toes and heels (in sequence, not all at once). He asked me to touch my toes; I said “I can’t, never been able to, my hamstrings are too short” and then I tried and almost made it, the physio exercises must have done that too. He made me close my eyes and put out my hands like an Asian goddess and tried to startle me into falling over, unsuccessfully. “Good balance!” he said. He hammered me with a reflex hammer, lifted and squeezed and turned my legs, pricked me all over with a pin and asked if I could feel it (yes! ouch!) and stroked my feet very softly (eeeek! that sensation on my bad foot makes me go through the ceiling).

Then he got his boss –young, plump, pretty, cheerful, even easier to talk to than the Velain boy– and she asked some even more focused questions to narrow down the problem. She said that I’d probably had a slipped disc, and it had put itself right with time and exercise; what causes the numbness is “residual damage” causing miscommunication in the nerves. 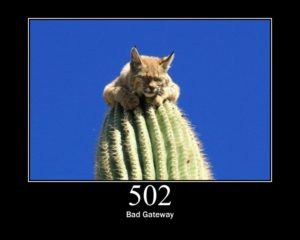 Nerves do heal but very very slowly. She prescribed quite scary medicine (listed for neuropathic pain, and lots of conditions I haven’t got, like epilepsy) and told me not to drink alcohol or to drive for the first week at least, because I’ll get the side effects before I’ll get any intended effect. I don’t drive, but I don’t think it’s a good idea to ride a bike or to swim (worse luck) when I may be drowsy or dizzy or even get seizures. (And if anyone has reason from what I’m saying on Twitter or IRC or something to think I’m suicidal, please send a message to my other half about it; that’s one of the rarer but more serious side effects.)

So tonight I’ll drink vinho verde, and tomorrow morning I’ll cycle to the pool and swim, and then start taking the capsules and prepare for a week in which I’ll try not to make demands on myself. (Nobody else is making demands on me while I’m not fit, but I feel that if I can do one thing I can do another thing, and if I can do one thing and another I should be able to do everything, and anything less than that is the cardinal sin of acedia. Yes, I’m mixed up like that.) Also, it’s an excuse to drink green Fernandes and ginger beer, probably not at the same time in the same glass though I might try it as a sort of Spezi.

If the capsules don’t do enough, or if I get other symptoms that I’m worried about, the doctor will order a MRI scan– but as long as we think we can solve it like this I don’t want to be locked up in a small coffin-like box for twenty minutes. It can be done under sedation, but the thought is scary all the same.