My other half already said all of it here, so I’ll just add my personal highlights.

Most salient: I felt like a full participant this time, not just the cook and quartermaster and general dogsbody, hanging around while the cool people were doing cool things (to be fair, the previous time I would probably have had that experience if I hadn’t been laid up with a stomach bug). I even wrote a couple of sentences in the meeting minutes! Not the actual code discussion, of course, but the kickstarter planning. My function was mostly “person who asks awkward but useful questions”, like “Do we include the fonts or can people get those from somewhere on the fly?” 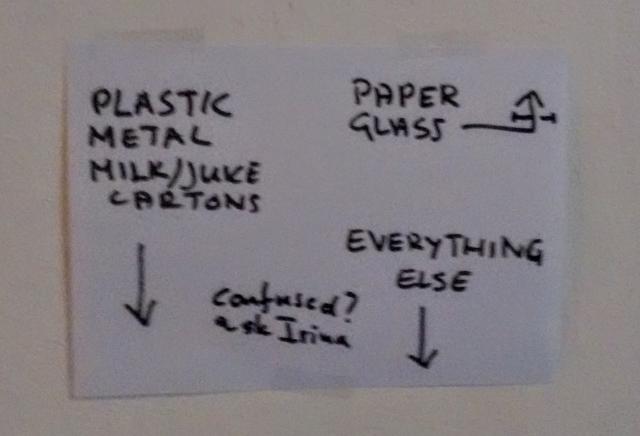 Recycling is a bit complex here, and moreover it changes every so often. My main complaint is that organic waste isn’t collected separately in the town centre “because people don’t have any”. Well, they should look in our “everything else” bin: at least three-quarters is organic. 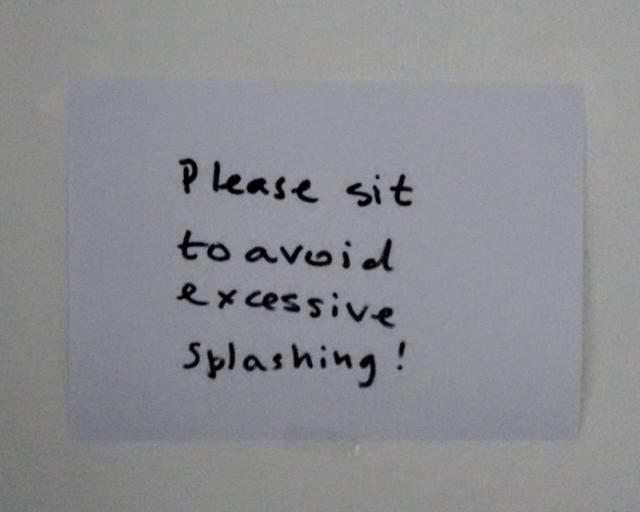 Half the people in the house were men, all of the men were tall. (Half the women were tall too, but they sit anyway.) It worked, too: I only had to give the toilet a quick wipe once on the Saturday afternoon. 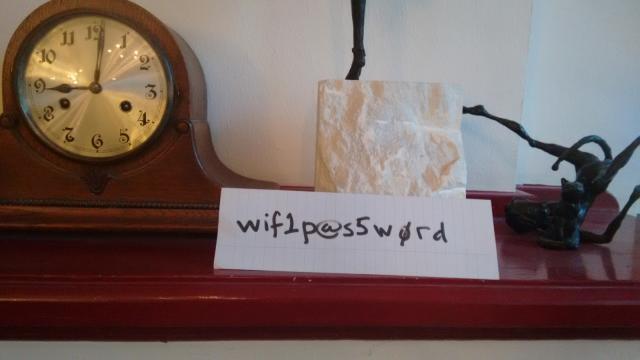 This is a dummy sign, of course, but we did have the real password on the mantelpiece in case people and/or their computers had forgotten it.

Out of context quotes

“It’s all Microsoft’s fault.” (When bitching about Apple.)

To the man sitting at the head of the table with 3 men on one side and 3 women on the other, after one woman had gone to catch a plane: “You can be the parity bit.”

“Canadia” (the country where Canadians come from).